I was talking with a new client of mine recently, and she asked me if she thought it was time for her to take her new offering out to the market and try to sell it.

I told her she was definitely ready to go out and try to find clients – and that she should also be ready to get rejected a lot.

At any point, you should be actively building new relationships with people who may become collaborators, advocates, and even clients. The real work is in starting and building those relationships so that people will at least be advocates for your business, if not clients! (read more on that here)

And I get it – rejection is hard. Nobody really enjoys rejection, and it’s hard to think of rejection as something that you should be seeking out.

But if you aren’t being rejected on a weekly or even daily basis, then you are failing. Here’s why…

If you aren’t being rejected, that means one of two things:

1. You are underpricing yourself

2. You are not starting enough conversations

Let’s break that down and look at each…

If you underprice yourself, people will jump at the option to work with you. Why? Because they know they are getting a bargain. A steal. The quality of work you can provide at the price you are offering is at such a mismatch, that they would feel silly not to take advantage of it.

You’ll know that you’re underpricing yourself when everyone you offer your services to says “yes” – and they aren’t just friends and family.

If you underprice yourself, people will jump at the option to work with you. Why? Because they know they are getting a bargain. A steal.

If you’re not being rejected at least 20% of the time, you are leaving money on the table.

The more common reason for not experiencing rejection is simply not putting yourself in a situation to be rejected. Of course it’s painful — especially in the beginning. But you can’t be told “yes” without making an offer and putting yourself on the line.

Naturally, when you do that, you’ll also be told “no.”

On average, industry close rates are somewhere around 25%. So if you aren’t hearing 2-3 rejections for every client that you win, you aren’t putting enough offers into the hands of prospects!

So recognize rejection as a part of the process. Embrace it. Look forward to it. It’s gets easier over time, and rejection is a leading indicator of success as a freelancer.

I’m the creator of Freelancing School and host of Creative Elements. I’m here to help you earn a living with your art and creativity. 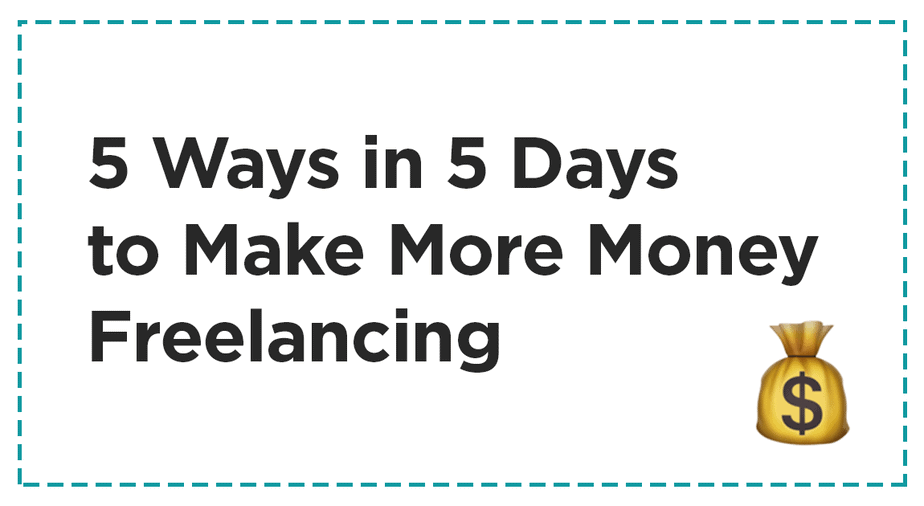 Enter your email to get my free course
and start earning more today.